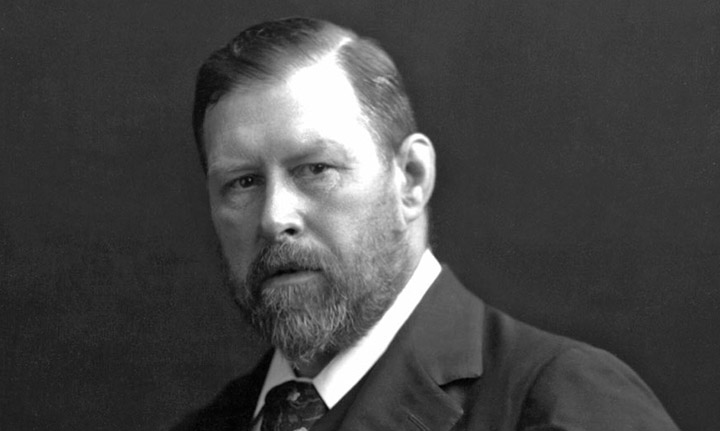 Abraham "Bram" Stoker (8 November 1847 - 20 April 1912) was an Irish novelist and short story writer, best known today for his 1897 Gothic novel Dracula. During his lifetime, he was better known as the personal assistant of actor Henry Irving and business manager of the Lyceum Theatre in London, which Irving owned.

Before writing Dracula, Stoker spent several years researching European folklore and mythological stories of vampires. Dracula is an epistolary novel, written as a collection of realistic, but completely fictional, diary entries, telegrams, letters, ship’s logs, and newspaper clippings, all of which added a level of detailed realism to his story, a skill he developed as a newspaper writer. At the time of its publication, it was considered a “straightforward horror novel” based on imaginary creations of supernatural life. “It gave form to a universal fantasy… and became a part of popular culture.”